Wellington Computer Science: Now out of this world 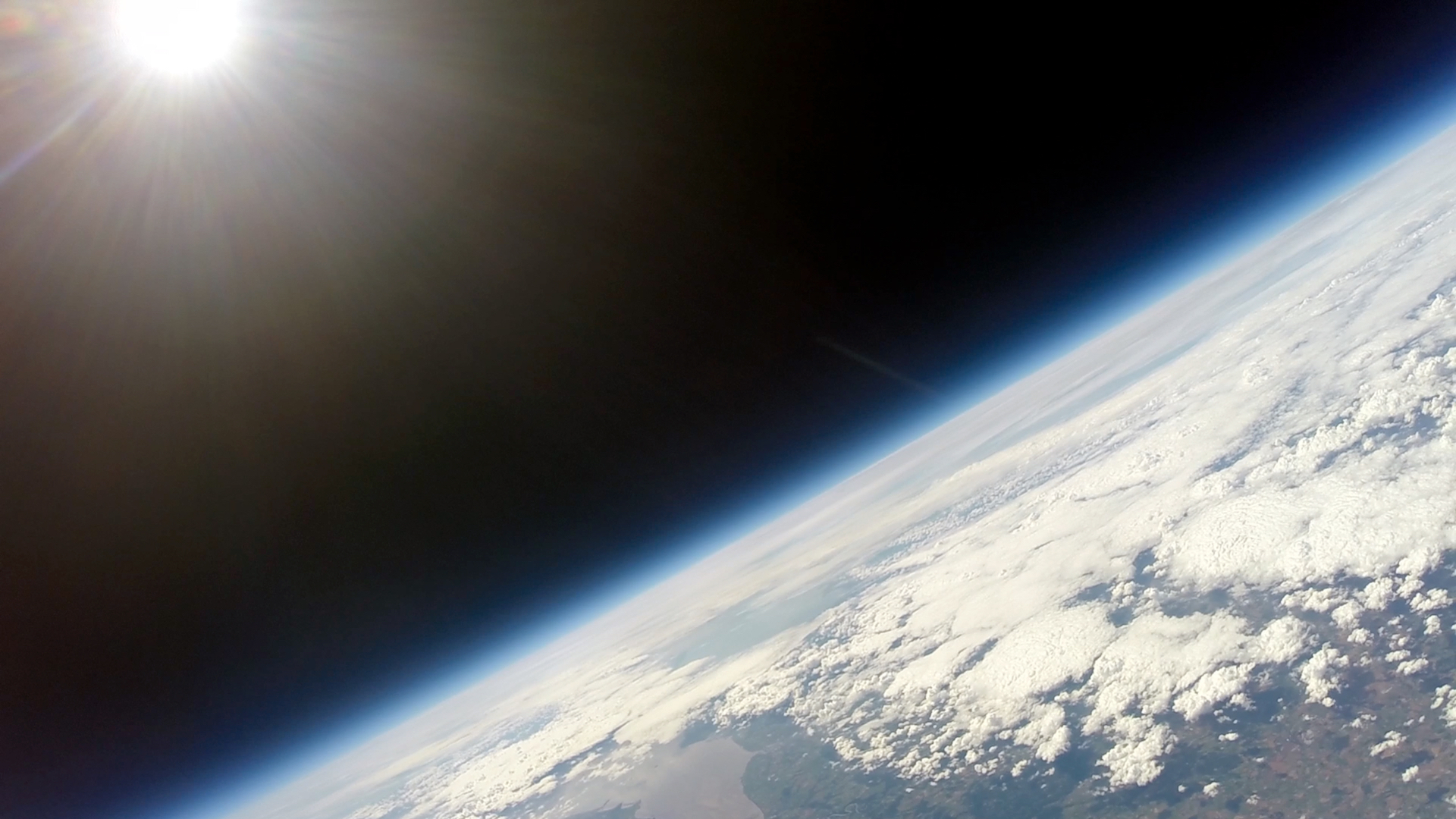 I am lucky enough to be a part of the most ambitious project ever being undertaken by the Wellington Computer Science department. WellyHAB (High Altitude Balloon) is planning to launch a balloon into the stratosphere! It will send back data during the flight, including latitude, longitude, speed, temperature and atmospheric pressure. Once it has landed and has been recovered by the team, further data will be available for analysis.

The specially-designed weather balloon will be filled with helium and has a diameter of around 2m on the ground. The balloon will carry a parachute (for a soft landing!) and the payload itself, consisting of a Raspberry Pi tracking system, GoPro action cameras, science experiment and environmental sensors. When launched, it will rise to almost 35km, where the balloon diameter will be around 9m (the size of an average house) and bursts. When falling to the ground, with the parachute, the team will race to pick up the radio signals and locate the payload.

Computer Science is also collaborating with other departments around College. The Physics department is assisting with the collection of radiation data, Technology is helping design and make the payload box, and Geography is providing support with the information to be amassed. This looks to be a College-wide effort to ensure the success of this project.

We are going to attempt a UK first. The government body in the UK that regulate radio and communications (Ofcom) sets strict regulations about using high-powered radio frequencies without a license. Because of this, no high-altitude balloon launched from the UK has ever managed to stream live HD video. At the moment, sending down small bits of information is possible using license-free bands, but the data rate is very slow and measured in bits per second. (For reference that is about 3 million times slower than the school Wi-Fi at peak time.) With this speed, while individual numbers, such as current position and speed can be sent, anything more complex than that is a no go. Pictures can be sent, but are of low-quality and infrequent.

However, the WellyHAB group is rising in the face of adversity, and it is because of this that we will try and perform a UK first with this project. Research is ongoing into the streaming of live video, and the group is going to apply for a ‘Special Research License’ from Ofcom. The group has been divided into three distinct sections: technology, engineering and logistics/finance. Each section has within it, a wealth of knowledge and experience to draw upon. With the help of excellent teams behind us, I am quietly hopeful.

Other than possibly setting a UK first, we also are hoping to raise money for Cancer Research UK. Money raised that does not get spent on funding the project will be donated. Plans are also in the pipeline for a dedicated fundraiser for the charity, closer to the launch date. We anticipate starting a legacy here, so that the same project can be run next year to build upon the payload, or maybe attempting something different. Either way, we hope that in years to come, the Computer Science department can continue to carry out even more of these ambitious projects.