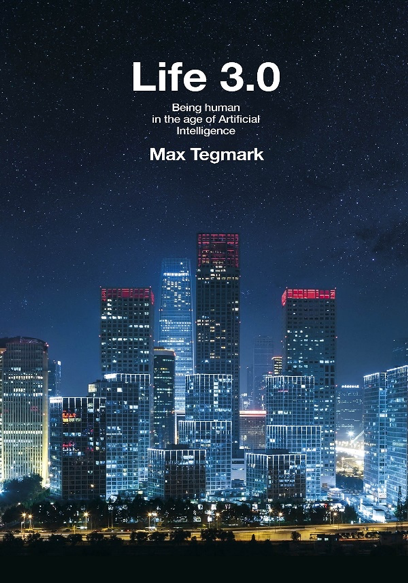 I will be reviewing Life 3.0 Being Human in the age of Artificial Intelligence by Max Tegmark. This a highly factual and researched book all about A.I, the basics of what it is, what it can do and what we want it to do. This is a book that hands you the research and information and lets you, as the reader, decide on your opinions, rather than forcing you to believe something very biased.

Firstly, I think that the way that the book is presented is very reader-friendly. This is because there are multiple chapters and different topics, but you don’t necessarily have to have read the whole book. You are able to dip in and out, picking the bits that interest you the most. I would recommend leaving the first twenty or so pages; The Tale of The Omega Team, until the end as this chapter may otherwise be slightly confusing and could get you off to the wrong start. I think that one of the most useful pages in the book is p39, the Tech Terminology Cheat Sheet because, even if that is all you remember and take away from the book, it will make a huge difference to your knowledge. Tegmark also uses multiple images and figures which help to keep the book interesting and can help the reader to understand the text better, such as the below (which is actually a very common image, I had seen it previously, even before I heard about the book): 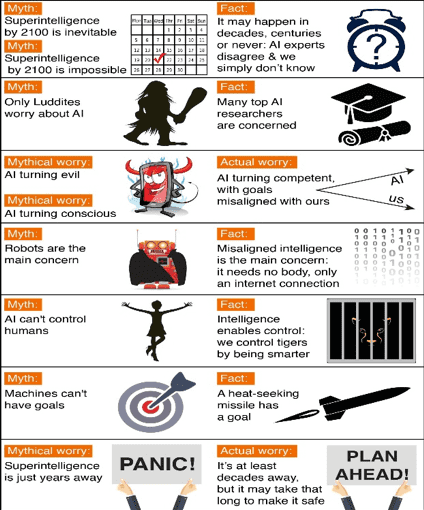 Moreover, he uses comparisons such as from humans to technology (i.e. data storage in humans) which again, I think really help the reader to understand some very difficult points. Overall, I think that the most important chapter to read is the one titled, Consciousness since I think it is one of the most misunderstood parts of A.I and also, one of the most interesting. If there is any criticism that I would have, it would be that some chapters can be quite lengthy and wordy but, at the end of each chapter, there is a bottom-line page which explains everything that the chapter has just gone over, in a few bullet points.

I would recommend this book to anyone, of any age because I think that everyone can get at least a bit of knowledge out of it. And I would especially recommend it to someone who is interested in technology and A.I. I think that these are the sorts of books that we, as a generation, should be reading as A.I is going to be ever present as we grow up.

Extra information on the author: Max Tegmark is a Swedish-American physicist and cosmologist. He is now a professor at the Massachusetts Institute of Technology. He has also received donations from Elon Musk to investigate existential risk from advanced A.I. And this is not a fact to be brushed over. He has been in the media a lot, such as being part of multiple BBC programs and, in 2006, he was one of the fifty scientists that were interviewed by New Scientist about their predictions for the future. He said that “in 50 years, you may be able to buy t-shirts on which are printed equations describing the unified laws of our universes.” As well as writing Our Mathematical Universe, which has been received by the public equally as good as Life 3.0.