Ion Propulsion – How MIT Built a Plane with No Moving Parts 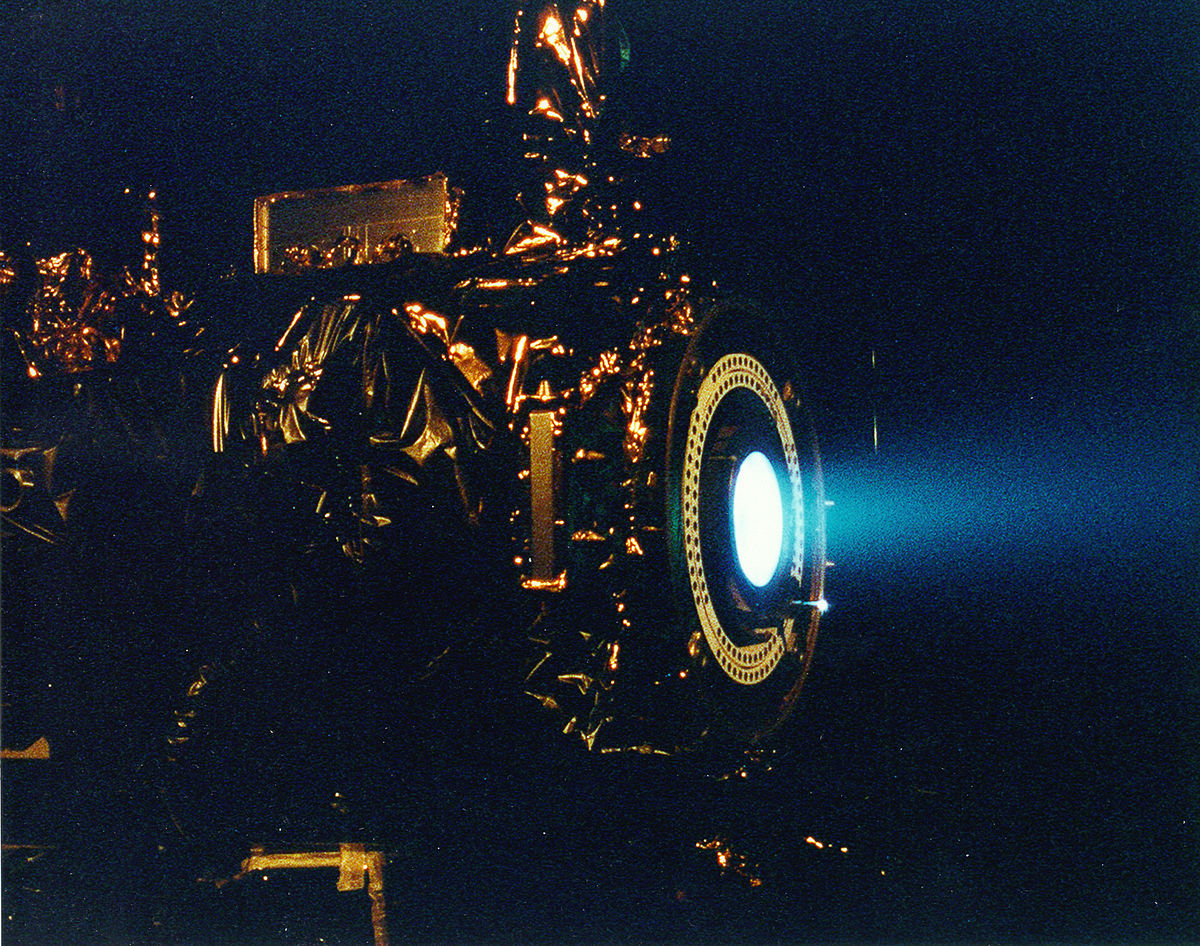 On the 21st of November 2018, 115 years after the Wright Flyer flew for 35 meters in 11 seconds - MIT revealed a plane with no-moving-parts that is propelled by ion thrusters which flew for 55 meters in 12 seconds. At first, this achievement sounds neither difficult or significant. However, after you define what a plane with no-moving-parts is, you will change your mind completely. Currently, all flying vehicles such as planes and helicopters are powered by engines with propellers that generate lift. A plane without moving parts doesn’t have any engines and solely rely on the ‘ion wind’ created to push it forward and upwards while not making any noise. So how is this ‘ion wind’ generated? It turns out before that utilising ‘ion wind’ wasn’t a new idea at all, in fact, it has been used on satellites for over half a century.

What is Ion Propulsion?

The first time the Ion Propulsion was mentioned publicly dates all the way back to 1911 where it was mentioned in the “Exploration of Outer Space by means of Rocket Devices” written by Konstantin Tsiolkovsky, a pioneer of astronautic theory. This idea was first experimented with in 1916-17 at Clark University. However, it was not until 1959 that a working Ion Thruster was created, at the NASA Glenn Research Centre facility. This is then used in 1964 in a mission called “Space Electric Rocket Test” that proved the prediction of the technology can operate in space.

So how does Ion Propulsion work in space and what makes it the preferable method to be used in Space? Here is the Principle of Ion Propulsion:

Here I am going to use the NSTAR Ion Drive (an ion thruster that was used on the Dawn Spacecraft which is now retired) as the example:

The NSTAR Ion Drive uses Xenon as its fuel, this is because of many of its properties which make it suitable for the task.

The Ion Drive releases Xenon atoms and electrons into the ionising chamber. The electrons are shot out from a hot cathode filament and accelerate towards an anode due to the potential difference. During this process, the electrons and Xenon atoms collide, and the high energy electrons hit the initially neutral Xenon atoms so hard that they become positively charged due to the electrons within their outer-shell being ejected from the atom. The electrons are then collected by the positively charged chamber walls while the Xenon atoms move towards the exit of the chamber. There are two grids at the exit of the thruster which are called the screen grid and accelerator grid. These two grids are positively and negatively charged respectively. These two grids’ potential difference can launch the Xenon atoms out at incredibly high speeds up to 145,000 km/hours. However, even at this speed, the thrust provided by the Ion Drive is around 0.092 Newtons at maximum. While this is minuscule within the atmosphere, without drag, friction and other forces stopping the thrust, in a week the Dawn Spacecraft will still be able to accelerate to 55.6 m/s in a week if we estimate the satellite to be around 1000kg (in between the weight before launch and the weight without propellers).

What about on Earth?

Now that we know that Ion Propulsion is a viable way to travel in space, what about on Earth? On Earth, the problem with ion propulsion is completely different. The drag created by air will take away any force the Ion thrusters can provide so MIT had to find another solution to produce a model of a plane with no moving parts. The engineers first optimised the design of their plane using Geometric Programming Optimisation-labelling criteria and specification to a program so that the program can find the most suitable design for the task. Using this method, they were able to minimise the drag created in the air while reducing the weight of the model. The end result is a plane that is 5 meters long and has a weight of 2.56kg. The model would require a flight speed of 4.8m/s and the thrust of 3.2 Newtons to keep the plane in the air. The current ionic thrusters used in space do not even come close to achieving this while maintaining the weight. Therefore, the engineers had to completely redesign the thrusters. However, since there are atoms within the atmosphere there is no shortage of fuel to ionise.

The design MIT came up with is to place many ion thrusters under the wings of the model. The positive anodes (the 0.2 mm Emitter Electrode illustrated on the diagram on the right) are thin steel wires and the negative cathodes (Collector Electrode) are foam aerofoils covered in aluminium. Both components were designed to be light and to minimise the drag created in the air. Once the anode is energised, it strips away all the negatively charged electrons from surrounding air molecules. Then the ionised atoms are attracted towards the Collector Electrode. In the process, the charged atoms collide with even more atoms to gain additional thrust to the model. Nitrogen is used as the molecule to ionise instead of Xenon due to its abundance in the atmosphere so that the weight of the fuel wouldn’t need to be considered as the model can utilise the nitrogen molecules around it.

The hardest part of the model design is powering the Emitter Electrode which requires 40,000 volts of direct current. MIT had to design a voltage converter that is both high powered and light (you can see the design in the left bottom corner of the blueprint of the model above).

What is its future potential?

While Ion Propulsion as a method of transport inside the atmosphere is still only a concept that we just manage to prove to be possible and far from becoming an actual product. Its benefits just can’t be ignored:

However, the biggest advantage of ionic propulsion is also its biggest flaw, the fact that the ion thruster runs on electricity. It may look like an advantage at first, however like all current electrical vehicles. It struggles to find lithium polymer batteries that can store enough power while still being relatively light. You can’t simply add more ion thrusters as it will also increase the thrust and power required to move the plane.

Overall, Ion Propulsion is a technology that is still quite new and shows huge promise in the future both in space and on Earth. With the next generation of ion thrusters for satellites which can produce three times the thrust provided by the NSTAR ion thruster. Ion Propulsion is definitely going to advance. While it may be just one of the many new propulsion systems that are being developed right now, I think with electric transports becoming the main interest of investments, soon there will be more capable lithium batteries that will make Ion Propulsion the system used by the next generation of Aircraft.

Article written by MIT professor which talks about the Model

The Video that inspired me to write about ion propulsion:

Simply where I got my diagrams from